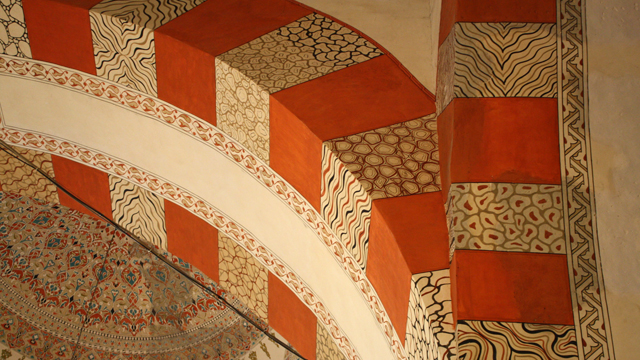 During the Hajj of 1406 AH (1986 CE) the first official group of pilgrims came to Saudi Arabia from communist China, and along with this group came some scholars who visited Shaykh ‘Abdul-’Azeez ibn Baaz to convey their greetings to him. The head of the group was a very old man who had studied at al-Azhar. He led the group of scholars, who were seven in total, in order to greet Shaykh Ibn Baaz. After having conveyed their greetings to the gathering of people, the head of the group turned to me and asked me:

“Where is Shaykh ‘Abdul-’Azeez ibn Baaz, and when will he arrive?”

So I said to him:

“There, he is the one you conveyed your greetings to just now.”

But this old man did not believe me, and speaking in fluent Arabic he demanded:

“There he is,” firmly pointing him (Shaykh Ibn Baaz) out. So he stood up from his gathering and presented himself before Shaykh Ibn Baaz for a second time to greet him.

I then informed the Shaykh about the eagerness of this old man, so the Shaykh stood to embrace him. I saw the old Chinese man affectionately cling to the Shaykh’s chest and cry, saying:

“All Praise be to the One Who has permitted me to see you; we used to hear about you whilst in China, that you give hope to the Muslims and are their “saviour” and support them.”

Then one of his companions said [to Shaykh Ibn Baaz]:

“Pray to Allaah, O Shaykh that He takes ten years of my life and adds it to yours, because you have benefited Islaam and its people. As for me, then I am just a [simple] human being like others from the children of Islaam.”

“All Praise be to the One Who has permitted me to see you before my death, since I have longed for this [opportunity] all my life.”