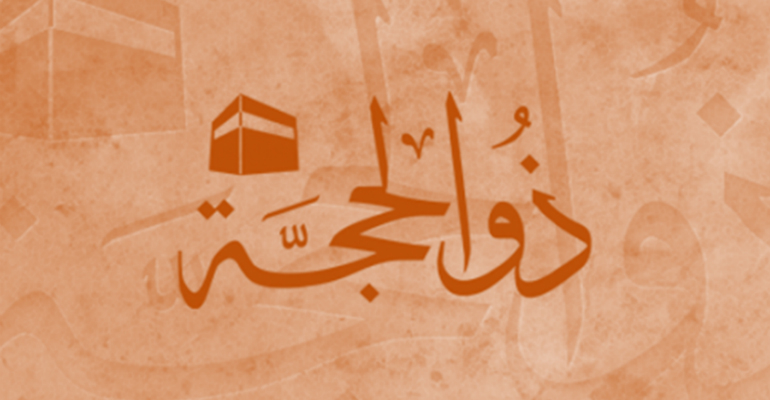 Fear Allaah (Ta’aala), and know that you are approaching ten blessed [days]; they are [the first] ten [days] of Dhul-Hijjah, about which the Messenger of Allaah (sal-Allaahu ‘alayhi wa sallam) said in an authentic hadeeth:

«There are no days during which righteous deeds are better and more beloved to Allaah than these ten days» [i.e. the first ten days of Dhul- Hijjah.]

They said: “O Messenger of Allaah! Not even jihaad for the sake of Allaah?” He said:

«Not even Jihad for the sake of Allaah, unless a man goes out himself with his wealth, and does not return with anything.» [i.e. he expends all his wealth and is martyred.]  – transmitted by al-Bukhaaree, Abu Daawood and Ibn Maajah.

So these are blessed days.

It has been legislated to [increase in] utter[ing] the takbeer from their beginning through to their end.

[And] it has been legislated to fast during them, [so] fast these [first nine] days – except for the day of ‘Arafah for the hajj pilgrim; so he shouldn’t fast [on this day].

As for other than the hajj pilgrim, then fast these nine [days].

As for the day of ‘Eed, then it is the biggest day of hajj, and it is impermissible to fast it; fasting [on that day] is prohibited.

Therein is great virtue, [and] therein is immense reward.

Increase in [giving] charity during them [and] increase in praying the obligatory and voluntary prayers, for indeed these are blessed days, wherein [righteous] actions are better than jihaad for the sake of Allaah, [just] as you have heard in the hadeeth.

So seize [the opportunity during] these days, and may Allaah grant me and you the towfeeq [to do so]; every one [of us] according to what Allaah facilitates for [us to do] of good during them.