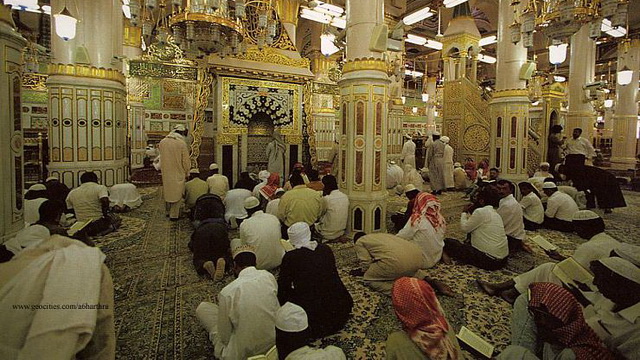 Question: What is the excellence of the Rowdhah [inside al-Masjid an-Nabawee] – has anything [authentically] been reported about it?

«That which is between my house and my pulpit is a garden from the gardens of Paradise» – transmitted by al-Bukhaaree and Muslim.