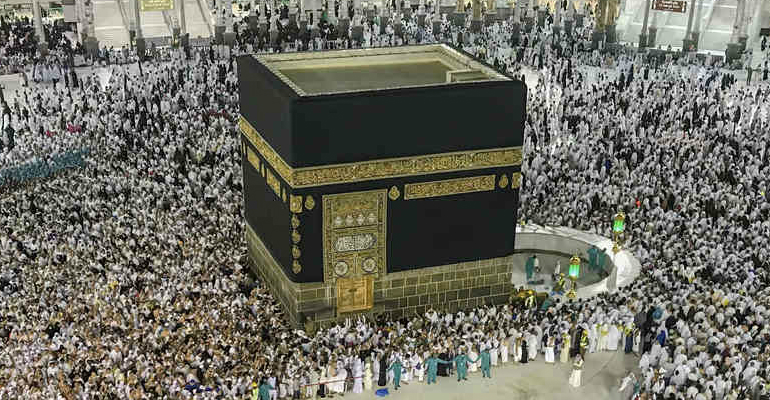 Response: If his Muslim son – who has already performed hajj on behalf of himself – [now] performs hajj on his [father’s] behalf, then by that, he (the father) is relinquished of his obligation.

And similarly, if someone other than his son – from amongst the Muslims who has already performed hajj on his own behalf – were to perform hajj on behalf of him (the father).

[This is] based upon what has been authentically reported from Ibn ‘Abbaas (radhi-yAllaahu ‘anhumaa) that a woman said:

“O Messenger of Allaah! The obligation of Hajj enjoined by Allaah on His worshippers has become due on my father and he is old and unable to perform hajj, and he cannot sit firm on the mount; should I perform Hajj on his behalf?” He replied:

«Yes, perform hajj on his behalf.» – transmitted by at-Tirmidhee no.928

And there are other ahaadeeth on this topic that indicate what we have mentioned [above].