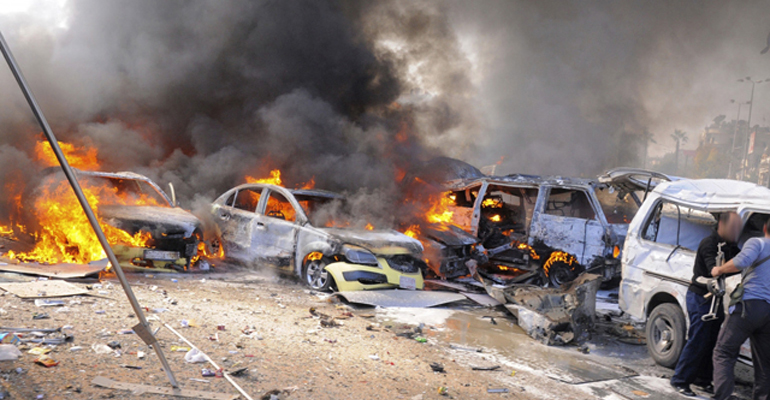 The participants of a counterterrorism forum that concluded here on Thursday lauded the big role being played by the Kingdom in fighting terrorism.

Participants from all GCC countries were invited to the forum to exchange experiences in combating terrorism, the Saudi Press Agency reported.

At the conclusion of the deliberations of the forum, the participants recommended forming a joint GCC working team with the representation of the Shoura, national councils and parliaments to support the recommendations of the forum and carry out its activities. They also recommended boosting the exchange of expertise and studying the loopholes that might hinder the implementation of related agreements and memorandums.

The forum called for studying the setting up of a joint database for laws and regulations related to counterterrorism operations in the GCC countries.

They called for the establishment of scientific observatories to predict the future trends of terrorism and create a suitable atmosphere for carrying out preemptive strikes and getting ready for future confrontations.

The participants called for facilitating and supporting studies and research related to counterterrorism in the Gulf research centers.

They called for bolstering relations between the Gulf legislative councils and government institutions in order to combat terror and extremist thought.

They called for laying down a joint strategic plan for Gulf parliaments to reject violence and ideological and cultural extremism and adopt moderation.

The forum recommended studying the setting up of a center to train people in countering electronic terrorism ideologically and benefit from the experience of Al-Sakinah Campaign in Saudi Arabia.

The forum entitled “Terrorism and Terrorist Organizations: Danger and Confrontation” was inaugurated earlier Thursday at the council’s headquarters in Riyadh by Chairman of the Shoura Council Abdullah Bin Muhammad Al-Asheikh.

Several members of GCC Shoura councils, national councils and assemblies and a number of experts and researchers in the field of combating terrorism attended the forum.

The forum started with a speech by Secretary-General of the Shoura Council and Chairman of the Organizing Committee, Dr. Muhammad Bin Abdullah Al-Amr, in which he praised the efforts being exerted by GCC legislatures to counter the threat of terrorism and terrorist organizations.

In his speech, Shoura Chairman Abdullah Al-Asheikh stressed that the GCC member countries have suffered a great deal after being targeted by terrorist organizations, parties and cells.

He said: “Terrorism today has taken serious dimensions in its expansion, proliferation and persistence of extremism and violence; so it has become the focus of attention of politicians, governments and peoples with all its components and spectra.”

The Shoura Council chairman stressed that the GCC leaders have given their close attention to combatting terrorism and minimizing its risks. They adopted various intellectual, legislative, security and military measures and procedures that limited the threat of terrorism on security and stability, not only in the Gulf and Arab region but also the whole world.