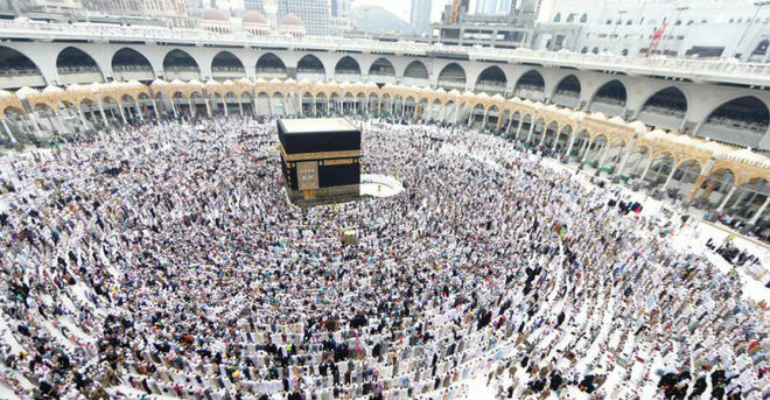 In a uniform voice, ambassadors in the capital slammed the attack. The missile was intercepted by Saudi ground forces and downed 65 km from the holy city of Makkah.

German Ambassador Dieter W. Haller said: “We condemn this kind of attacks in strongest possible terms.” He said it is important for all stakeholders on Yemen to resume peace talks to find a solution according to the UN resolutions as proposed by its envoy Ismail Ould Cheikh Ahmed.

Speaking to Arab News on telephone from the US, Norwegian Ambassador Rolf Willy Hansen said the attack would be condemned by all peace-loving people. “I sincerely feel that these matters could be settled at a negotiating table peacefully.”

Finland’s Ambassador Pekka Voutilainen said: “That kind of missile attack on Saudi soil has to be condemned in the strongest possible words. It is not acceptable.” He said the UN has come with a road map to restore peace in Yemen. Houthi militias doing this will disturb the peace process, which is important to restore the political stability.

Belgian Ambassador Geert Criel said: “We are shocked by the attack on Saudi territory by the Houthi militias. This is absolutely unacceptable.” He said he hoped the cease-fire would continue in order to achieve the goal of the UN peace talks to restore political stability in Yemen.

Pakistan Ambassador Manzoor Ul Haq said: “The news of a missile attack targeting the holy city is shocking for every Muslim. We strongly condemn any attack against Makkah or any other part of the Kingdom.”

Turkish Ambassador Yunis Demirer said: “We strongly condemn the missile launch by Houthi militias toward Makkah, the most sacred place for Muslims … We are relieved by the fact that the Saudi defense forces were able to intercept and destroy the missile.” He added: “Our Foreign Ministry also issued a separate statement condemning this attack.”

Bangladesh Ambassador Golam Moshi told Arab News that his country strongly condemns the heinous act of the Houthis. “This is not an attack on Saudi Arabia, it is willful aggression on Islam,” he said.

“Under the able leadership of Premier Sheikh Hasina, Bangladesh is prepared to send its troops to protect the holy cities of Makkah and Madinah,” the envoy said.

Meanwhile, Saudi Foreign Minister Adel Al-Jubeir said the attack has not only violated the peace agreement but also targeted Makkah, where Muslims from all parts of the world come for pilgrimage.

Gulf Cooperation Council (GCC) Secretary-General Abdullatif Al-Zayani expressed the bloc’s strong condemnation of the attack.
“The GCC considers the brutal assault, which violates the sanctity of this country, a provocation for Muslims. It shows the Houthi disregard for Islamic holy sites. It is evident of the Houthi refusal to follow the will of the international community and their decisions to reach a political solution to the crisis,” Al-Zayani said in a statement.

Ahmed Aboul Gheit, secretary-general of the Arab League, pointed out that the attack was an unacceptable violation of the sanctity of the holy land. In a statement, Aboul Gheit said this is a serious escalation by the Houthi militias.

Describing the attack as a gross violation of the sanctity of the House of Allah, Shoura Council Speaker Abdullah Al-Asheikh said it is a blatant attack supported by the Iranian regime’s agents in Yemen. Al-Asheikh pledged the council’s support to all measures taken by the Saudi government to protect the sovereignty, security and stability of the country.

The Muslim World League said the attack has violated the sanctity of the holy place and also hurt the sentiments of the world Muslims.

UAE Foreign Minister Abdullah bin Zayed tweeted: “The Iranian regime supports a terrorist group which targets the holy city of Makkah. Is this an Islamic regime as it claims?”

Jordanian government spokesman Mohammed Al-Momani said that “such heinous acts serve neither the Yemeni cause, nor the Arab and Muslim causes.”

“Any attack against holy places would expand the cycle of violence,” Al-Momani said, while reiterating calls to adhere to legitimacy and restore security of Yemen.

Bahrain Foreign Minister Khaled bin Ahmad Al-Khalifah said: “Targeting Makkah is not only a violation of all international covenants, but it’s the biggest crime ever.”

Qatar’s Foreign Ministry said: “This is an outrageous aggression against the sanctity of the holiest Islamic shrine and a provocation for the religious sentiments of millions of Muslims around the world.”

Doha reiterated support to relentless Saudi efforts to ensure regional security and stability and its efforts to achieve peace in Yemen.

Egypt described the attack as “a dangerous development which targeted the innocent people who came for the pilgrimage.”