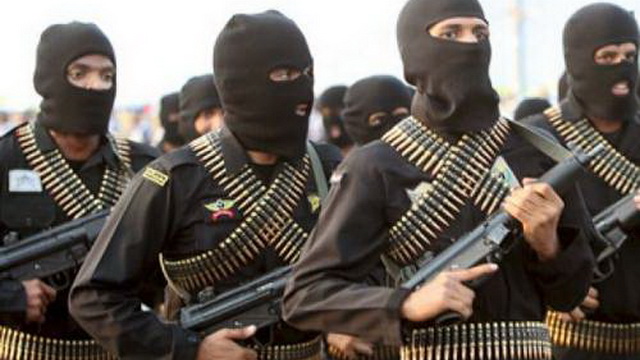 Saudi Grand Mufti Sheikh Abdulaziz Bin Abdullah Al-Asheikh endorsed the execution of 47 terrorists across the Kingdom on Saturday, stressing that the fulfillment of the execution orders against the convicted terrorists meets the stringent provisions of Islamic Sharia law and safeguards Saudi national security and highlighting the independency of the Saudi judicial law.

He said that these individuals have committed huge crimes including killing, bomb-making and promoting, destabilizing security and stability and spreading horror society, pointing out that oits judiciary is based on the Islamic law, and that judges are independent with no authority that may affect them except that of the provisions of the Islamic Sharia and the regulations in force.

Sheikh Al-Ashiekh, who is also president of the Council of Senior Scholars, emphasized that the implementation of court rulings against those criminals is the fulfillment of Allaah’s satisfaction by applying His ordained law.

The Grand Mufti pointed out that these sentences against the criminals are religious and clear, stressing that they are just, fair, preventing injustice and achieving security, noting that the Kingdom of Saudi Arabia is a state based on Islam and the Prophet’s Sunnah, citing a verse from the Holy Quran saying, “The punishment of those who wage war against Allaah and His Messenger, and strive with might and main for mischief through the land is: execution, or crucifixion, or the cutting off of hands and feet from opposite sides, or exile from the land: that is their disgrace in this world, and a heavy punishment is theirs in the Hereafter.”