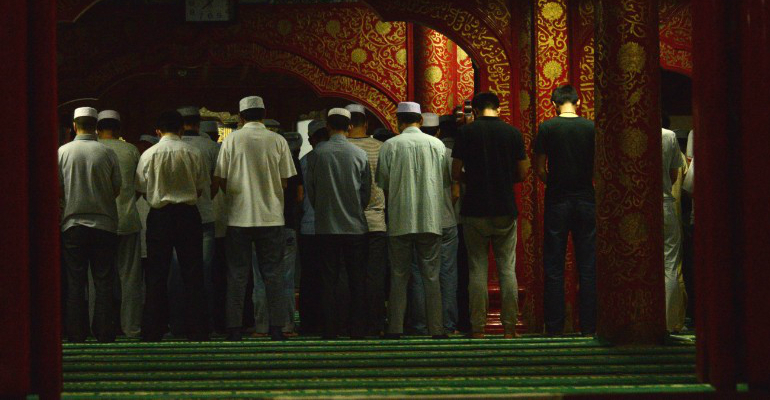 Question: Is it possible to pray an obligatory prayer with the [same] tayammum [which was done] for a voluntary prayer?

[They say that] tayammum is [a] permissible [legislated ease], and is not [to be understood as that which constitutes the] removal [of the state of minor impurity]; meaning that it is permissible for the prayer – but it does not remove you from the state of [minor] impurity. However, that which is correct in shaa.-Allaah is that the ruling regarding tayammum [for purification] is the [same] ruling as [using] water [for purification].

So if you made tayammum to pray a voluntary prayer – before the time of Zhuhr arrived, then there is no harm in you praying the obligatory prayer [with the same tayammum when the time arrives]; because we say that the ruling regarding tayammum [for purification] is the [same] ruling as [using] water [for purification].