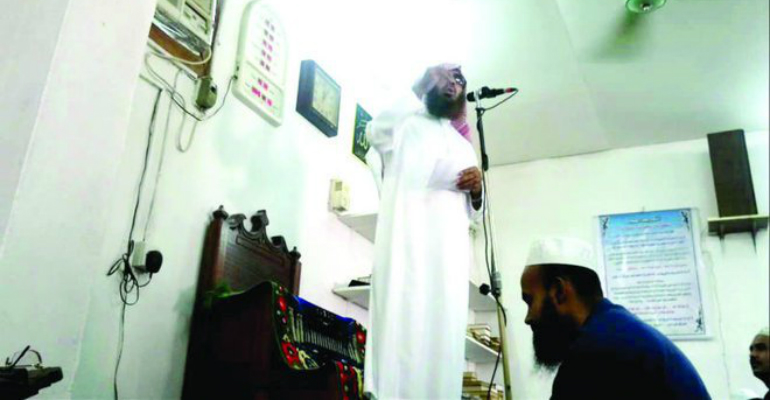 A forum entitled Fiqh of loyalty and citizenship, organized by the Ministry of Islamic Affairs, Call and Guidance in Taif over a span of two days with the participation of imams and preachers, recorded varying knowledge of some the participants on familiar challenges that threaten all societies, including facing takfirist thought, the promotion of citizenship, belonging and obedience, and other issues.

Another imam wanted to know how they should deliver these messages, because as everybody knows the corrupt do not come to the mosque, only those of the residents who are eager to pray and perform the holy rituals do.

The answer came from the lecturer who said: “Fighting evil thoughts and deviant ideology should start early and not wait until the evil tree is instilled and entrenched in the soul of the person. Our remedies should start early because as we have seen the twins who killed their mother were regular mosque attendants, and many studies on the detainees show that the spark from where they started was because of the fiery sermons and speeches delivered by some preachers.”

Another participant spoke of the permits granted to the Qur’an memorization societies and their official controls. Some of the participants pointed to those lecturing worshippers following Friday prayers without holding any permits or authorizations. It was suggested that in such cases, the imam should act according to the situation, even if this means switching off the microphone.

The forum is designed to encourage community members to maintain the gains of the Kingdom and activate the role of preachers and employees of mosques. Other participants at the forum included the director of Al-Sakinah Campaign, Abdul Monem Al-Mashouh; Sheikh Yusuf Al-Saeed, a faculty member of Al-Imam Muhammad Ibn Saud Islamic University; Sheikh Bader Tamy Al-Otaibi, assistant director of mosques in Taif; and Sheikh Abdul Aziz Khalifa, a member of the counseling committee.