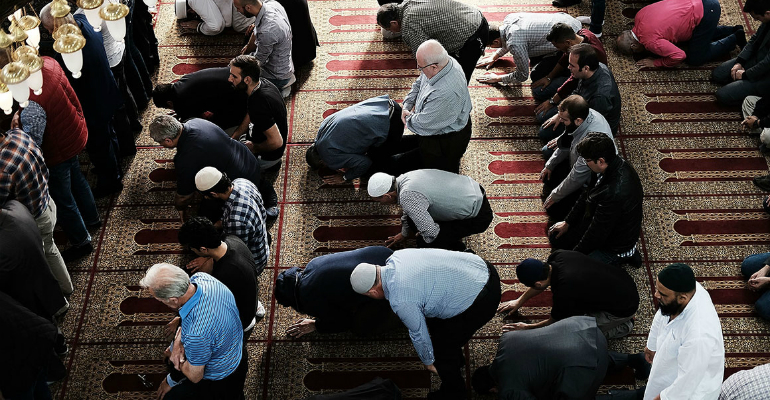 Question: We see some people when they need to break [away from] their prayer [short] for some emergency, or to join [the congregation when] the imaam [is about to start the prayer], or if they have invalidated their prayer – they do the tasleem. So is this act [of theirs] correct, or will the intention [to terminate the prayer] suffice?

Response: If some emergency has befallen someone whilst in prayer – necessitating the termination of the prayer, such as when someone is praying a voluntary prayer, and then the obligatory prayer is ready to start – then in this situation an intention to terminate the prayer is sufficient, and he does not [need to] do the tasleem.

That is because the tasleem is [done upon completion] – at the end of the prayer, as ‘Alee ibn Abi Taalib (radhi-yAllaahu ‘anhu) said, that the Prophet ﷺ said:

«The key to the prayer is purification, its start is the takbeer (saying “Allaahu Akbar”) and its end is the tasleem (saying æas-salaam’alaykum wa rahmatullaah”).» – reported with a sound chain of transmission by Abu Daawood, at-Tirmidhee, Ibn Maajah, Ahmad and ad-Daarimee.

As for he who has invalidated his prayer, then his prayer is terminated without the tasleem or an intention [to do so], because his prayer is [now] invalid.