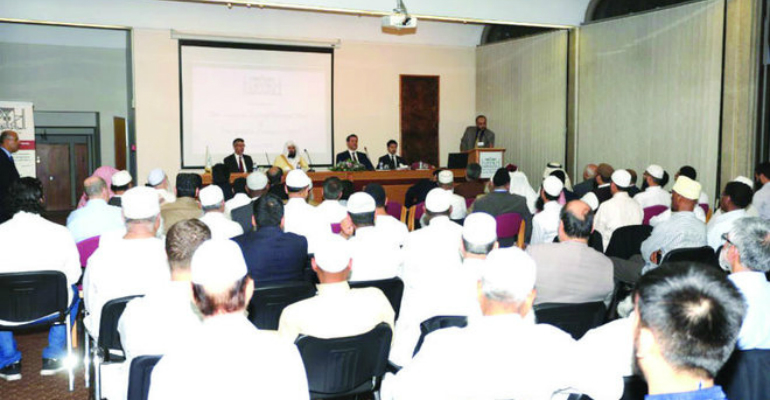 Sheikh Abdulrahman Al-Sudais, head of the Presidency of the Two Holy Mosques, said Islam needs understanding and in-depth comprehension at a time when some Muslims are ignorant of the facts of Islam.

Al-Sudais was delivering a lecture at the Islamic Cultural Center in Britain.

He said Muslim need to understand the basics of the faith, as well as moderation and consideration for the contemporary application of its tenets. All this should contribute to the correct understanding of Islam.

“The Muslim, through his presence in life should achieve the worship of God Almighty in accordance with the correct ideology and he needs to join in the efforts of other humans and not sow disagreement and discord,” Al-Sudais told the audience, which included scientists, intellectuals and thinkers.

He lamented the demonization of Islam today by groups that do not know the facts about this sacred religion and its purposes, and have taken to violence as a way to express this ignorance, and have sought to shed the blood of innocents by bombings and killings.

“This puts a great responsibility on the Muslim people, its leaders and officials and scholars, as well as the heads of Islamic centers to explain to the world the facts of Islam and how they contradict such irregular behavior and bloodshed. Extremism exists in all societies because of the behavior of a limited number of its members and the remaining members cannot take the blame for the mistakes of a few,” he added.

He called on all Muslims to project the bright image of Islam and to associate this with the good representation of Islamic communities and to be ambassadors for the tolerant values and principles of Islam.