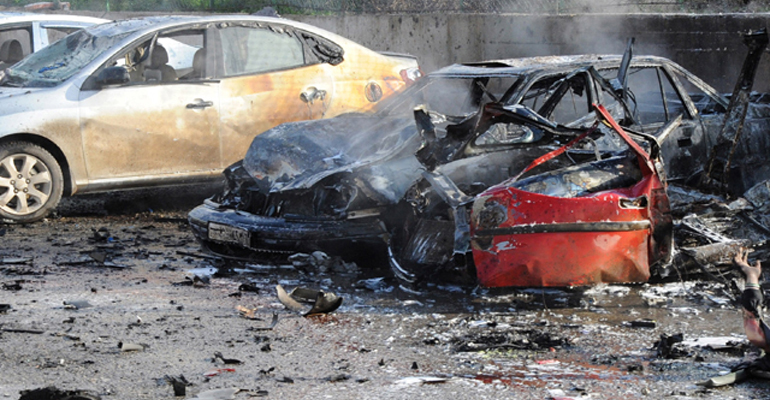 The Council of Senior Scholars described the crime of the twins, who killed their mother and wounded their father and brother in the Hamra neighborhood, as dreadful, urging all citizens to pay attention to the seriousness of the malignant takfiri ideology, headed by the notorious terrorist group Daesh.

In A statement published Tuesday by the Saudi Press Agency, the council said that the takfiri ideology would push the children of the nation toward violence, death and terrorism if not checked.

It said that the takfiri ideology results from hyperbole and extreme ignorance based on unfamiliarity of the principles and purposes of Shariah. Such ideology and thought has strayed from the correct understanding of Islam, which is originally based on science and justice, and has resulted in mistrust in the rulers of the country and issuing fatwas against them and against the scientists of the nation and disregarding their opinions.

The statement urged students, intellectuals, writers, preachers and every individual Muslim to stand united and in solidarity in the face of this ideology, which is not connected in any way with the tolerant and loving Islamic religion.

The scholars called on all to study the real causes that make youths susceptible to the influence of this dangerous ideology that does not serve the truth.

Meanwhile, a judge said families need to watch out for 22 warning signs in their children that indicate the development of deviant thoughts and violent trends. Commenting on the Al-Hamra crime, Yasser bin Saleh Al-Balawi, former head of the Execution Court in Tabuk, said the crime was deliberate. He stressed that the most important societal issue today is the freedom of studying.

He said: “It is very easy to accuse others of blasphemy and misguidance, consider the government and security men infidels and allow killing them. Besides, these people continuously incite people against those practicing other faiths.

They also criticize scientists and shun mosques because they say the imam of the mosque is appointed by the government.”

The judge stressed that distractibility and the desire for revenge are other indicators that should be monitored include paranormal habits, dreams, stories that tells the story of terrorists, neglecting their education or work, isolation from family, friends, neglecting themselves, a love for extremist and terrorist slogans, and dealing cautiously with others.