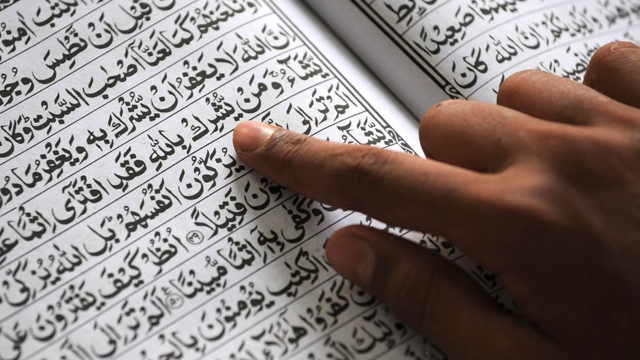 Question: Is it permissible for a man or a woman to recite the Qur.aan or touch the mus.haf without [being in a state of] wudhoo?

And from the evidences to support this [opinion] is the hadeeth of ‘Aa.ishah in Saheeh Muslim[1]: The Prophet (sal-Allaahu ‘alayhi wa sallam) would [engage in the] remember[ance of] Allaah in whatever state he was in.

So it has been legislated that the menstruating woman is not to pray, and her not being allowed to pray is for [some] great wisdom in that she worships Allaah Ta’aala just as she worships him before the onset of the menses.

And many a time, on such an occasion I mention the hadeeth of ‘Aa.ishah[2] when she was performing hajj with the Prophet (sal-Allaahu ‘alayhi wa sallam), and they descended upon a place which was called Sarf – which is close to Makkah; [There] he (sal-Allaahu ‘alayhi wa sallam) found her crying because of [the onset of] her menses, so he said to her:

«Do what the hajj pilgrim does, without performing the tawaaf or praying».

So he did not prevent/deny her from reciting the Qur.aan nor entering al-Masjid al-Haraam.