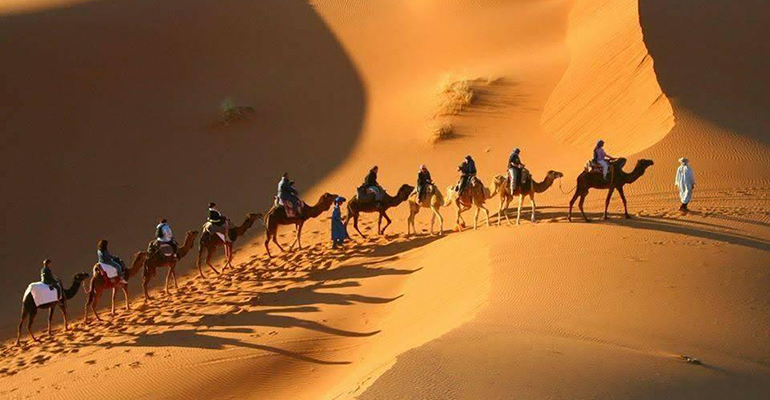 [While they were all asleep], someone came along – having followed their trail – in search of where the Prophet ﷺ was, until he found him.

He ﷺ opened his eyes, and the sword was withdrawn and ready to strike [the Prophet] as he stood in front of him.

And with a firm conviction and complete trust in Allaah, he ﷺ said: “Allaah.”

So when the Prophet ﷺ said this word, [t]his [man’s] hand was rendered inoperable. His hand was unable to move, and the sword fell from it, because his hand became inoperable. Allaah (Subhaanahu wa Ta’aala) rendered his hand inoperable of any movement.

So the sword fell from [his hand] and the Prophet ﷺ stood and picked up the sword in his hand, and said to him: “Who will protect you from me?”

So he began to plead and show remorse, saying: “You are noble, the son of a noble [man]”, and he sought forgiveness [from the Prophet ﷺ].

So the point [of this narration] is, whoever has complete trust in Allaah (Subhaanahu wa Ta’aala), then He is sufficient for him – even if the heavens and the Earth and all therein conspired and plotted against him.

And that is because [all] the affairs are in His Hands. So whatever He wills will happen, and whatever He does not will, will not be. And there is no Might nor Power except with Allaah.