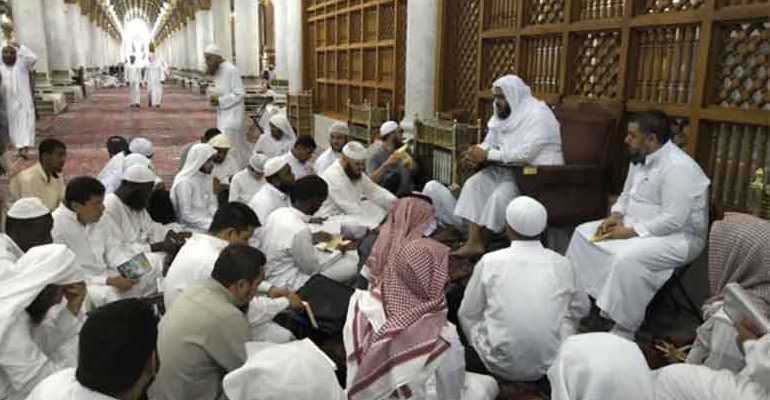 …then [I say] that his praise for his book is not strange, because the praise of the people of knowledge for their writings is not done intending pride or bragging to the people, rather, they intend [by doing so] to encourage the people to read them and pay attention to them.

And we have mentioned before that [‘Abdullaah] Ibn Mas’ood (radi-yAllaahu ‘anhu) would say:

If I knew anyone was more knowledgeable of the Book of Allaah than me – and was reachable by camel (i.e. a camel’s journey away), then I would certainly have travelled to him [to seek knowledge].

[By saying this], he was not intending praise of himself, rather, he intended to encourage the people to take knowledge from him and be steadfast in seeking knowledge.

And Ibn Maalik praised his Alfiyyah (a thousand-verse poetry of the rules of Arabic grammar), and therein said (the substance of which is):

The important thing is [however], when our Shaykh (rahima-hullaah) praised this book, he did not intend pride [or bragging] to the people by doing so – and I knew him well enough [to say so] since he was the most humblest of the people [I knew], rather he (rahima-hullaah) wanted to encourage the people to read this book and benefit from it.