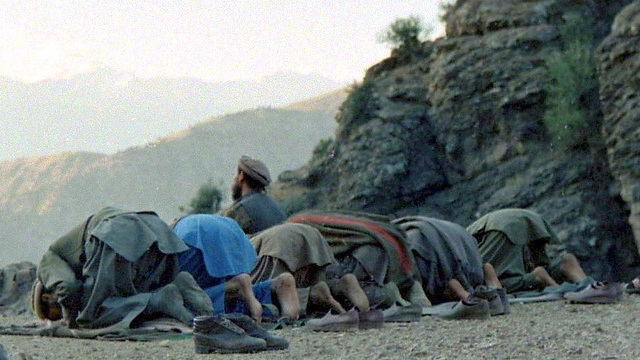 Question: No doubt the enemies of the Muslim Ummah are waiting for a suitable opportunity to overcome and rule them. So what are the ways in which this can be prevented?

Response: That which is obligatory upon the Islaamic nations is to prepare for the enemies of Allaah and to warn against their deception, and to adhere to the religion of Allaah and be firm upon the truth and have consideration for the promise [of Allaah to the believers] always, and do not be negligent nor be at peace with the [evil] plans of the enemies, as Allaah The Mighty and The Majestic says in His Noble Book:

{And make ready against them all you can of power, including steeds of war (tanks, planes, missiles, artillery, etc.) to threaten the enemy of Allaah and your enemy, and others besides whom, you may not know but whom Allaah does know}, [Soorah al-Anfaal, Aayah 60]

So that which is obligatory upon the Islaamic nations, Arabs and non-Arabs, is to consider the promise [of Allaah to the believers] and to be upright upon the religion of Allaah and His Sharee’ah. And the best of considerations is to be upright upon the truth and be firm upon it, and adhering to Allaah and His Messenger in all affairs, and ruling by His Sharee’ah. This is the major [spiritual] consideration.

Then there is the material and physical consideration, [that being preparing] a good army, and [acquiring] appropriate weapons at the time according to their strength and ability, as Allaah has commanded them with [only] that which they are able, whereby he says:

{And make ready against them all you can of power…}, [Soorah al-Anfaal, Aayah 60]

So all [Islaamic] nations should exert themselves in acquiring appropriate weapons at the time, and conscientiously try to produce weapons or [if not] buy them. Concerted efforts must be made to prepare good Muslim soldiers at a time of ease and comfort, such that if times of difficulty were to come, then it (the Islaamic nations) would have sufficient forces. And the greatest and most important affair is correcting oneself by fearing Allaah and being upright upon His religion, and to abandon sins, and to be sincere to Allaah in worship, and to forbid joining partners in worship (shirk) with Allaah; such as maintaining [“spiritual”] ties with the dead, and seeking their assistance and make vows in their name and the like – so all of this is associating partners in worship (shirk) with Allaah. So maintaining ties with the dead and asking them for victory over the enemies or curing the ill, then all of this is regarded as major shirk (rendering the perpetrator out of the fold of Islaam).

So it is obligatory upon all [Islaamic] nations to devote their attention to this matter, and to direct its youth to singling Allaah out for worship (tawheed) with sincerity, and to abandon associating partners in worship (shirk) with Allaah The Mighty and The Majestic, and for everyone to be upright upon the religion of Allaah, and warn against sins, and return to [putting into practise] the Book of Allaah and the Sunnah of His Prophet (sal-Allaahu ‘alayhi wa sallam) in all affairs, as He, The Most High, says:

{O you who believe! Obey Allaah and obey the Messenger, and those of you [Muslims] who are in authority. [And] if you differ in anything amongst yourselves, refer it to Allaah and His Messenger, if you believe in Allaah and in the Last Day. That is better and more suitable for final determination}, [Soorah an-Nisaa., Aayah 59]

So He, The Most High, has obligated upon the believers the referral of all affairs of dispute to Allaah and His Messenger, meaning: to the Noble Book, that is the Qur.aan, and to the Sunnah of the Messenger (sal-Allaahu ‘alayhi wa sallam). So that which the Book and the authentic Sunnah has guided to, then it is obligatory to take it. He, The Most High, says:

{And in whatsoever you differ, the decision thereof is with Allaah}, [Soorah ash-Shooraa, Aayah 10]

…and He has obligated upon them adhering to the walee al-amr (the one in command, the ruler), in [all] affairs of good; as the Prophet (sal-Allaahu ‘alayhi wa sallam) said:

«Indeed adhering is in [all] that is good»

…so it is obligatory upon the [Islaamic] nations – between them – if there is any dispute, to refer it to Allaah and His Mesenger and the Sharee’ah ruling, while at the same time itself being upright upon the religion of Allaah, and to direct its army and its citizens to be upright upon the religion of Allaah, and this is the path to victory, the path to happiness, and the path to honour and nobility, and the path to protection against the enemies wherever they are, and however they are. So when they (the Islaamic nations) have become upright upon this [path] and have remained patient upon it, then Allaah is enough for them against the evil of their enemies and grants them a better result against their enemies, as He, The Mighty and The Majestic, says:

{If a good befalls you, it grieves them, but if some evil overtakes you, they rejoice at it. But if you remain patient and become al-Muttaqoon (the pious), not the least harm will their cunning do to you. Surely, Allaah surrounds all that they do}, [Soorah Aal-‘Imraan, Aayah 120]

{Allaah has promised those among you who believe, and do righteous good deeds, that He will certainly grant them succession to [the present rulers] in the earth, as He granted it to those before them, and that He will grant them the authority to practise their religion, that which He has chosen for them (i.e. Islaam). And He will surely give them in exchange a safe security after their fear [provided] they (believers) worship Me and do not associate anything [in worship] with Me. But whoever disbelieved after this, they are the Faasiqoon (rebellious, disobedient to Allaah)}, [Soorah an-Noor, Aayah 55]

…and the aayaat with this meaning are many.

And I beseech Allaah to grant all the Muslims success and guidance, and to correct the affairs of the leaders, and to assist them in all that is good, and to grant them understanding of the religion and firmness upon it [aameen].