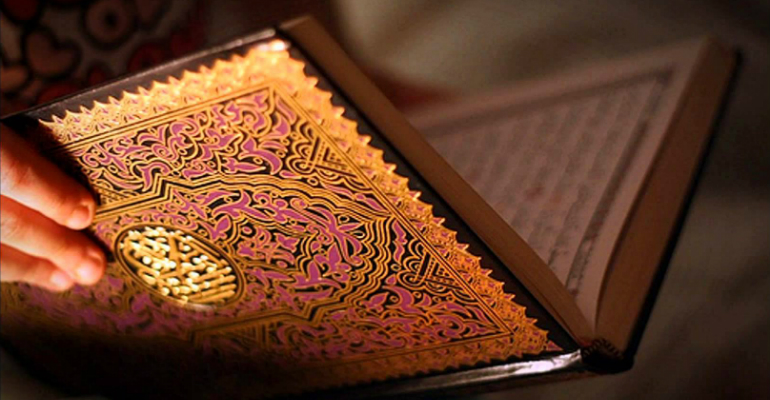 The Messenger of Allaah (ﷺ said to me:

I said: O Messenger of Allaah, you want me to read [the Qur.aan] to you, when it was revealed to you? He ﷺ said:

«Indeed, I crave to hear it from [someone] other than me».

So I read soorah an-Nisaa to him until I reached:

{So how [will it be] when We bring from every nation a witness and we bring you, [O Muhammad] against these [people] as a witness?}, soorah an-Nisaa, aayah 41

… and he then signalled [enough] to me with his leg, and [I saw] his eyes were flowing with tears.