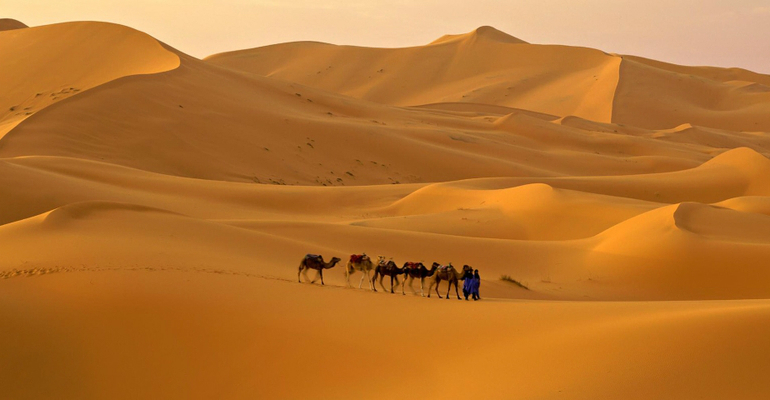 Ayyoob as-Sikhtiyaanee was on his way to Makkah, and the people became so thirsty that they feared [for themselves].

So Ayyoob said to them: ‘Are you hiding [this] from me?’ And they replied: ‘Yes’.

So he wound his robe around [on the ground] and supplicated [to Allaah]; there sprang forth water, and the camels drank, as did everyone.

He then passed his hand over the area [from where the water sprang forth] and it became as it was [before].