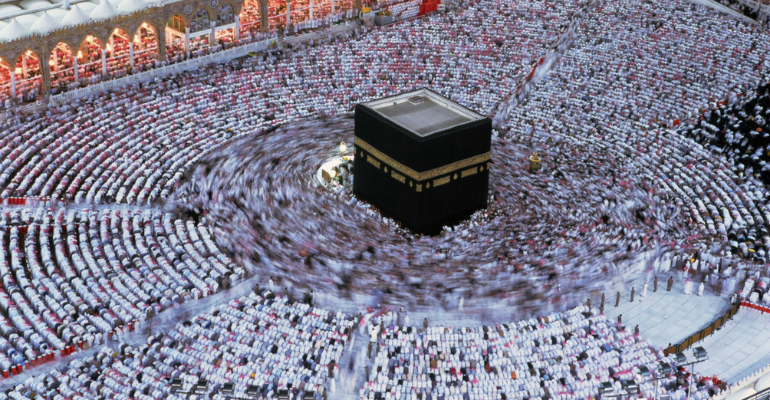 Question: Is it permissible for a Muslim to perform the Hajj or the ‘Umrah on behalf of his parents whilst they are still alive?

Response: There is [some] explanation [required] in this issue:

As for the obligatory Hajj and the obligatory ‘Umrah, then it is not permissible to appoint anyone on their behalf, unless there is something permanent preventing them from performing the Hajj or the ‘Umrah, such as the one who is suffering from a prolonged illness as a result of which he is unable to travel for the Hajj to perform the rites of Hajj, or the one who is elderly [and] senile, based upon the hadeeth of the woman who said to the Prophet (sal-Allaahu ‘alayhi wa sallam) that it has become incumbent upon her father to perform the obligatory Hajj , however he is unable to travel, “so should I perform the Hajj on his behalf?” The Prophet (sal-Allaahu ‘alayhi wa sallam) said to her:

«Perform the Hajj on behalf of your father», [Transmitted by Abu Daawood and at-Tirmidhee]

As for the voluntary Hajj, then the issue is quite open, so there is no harm in him performing the Hajj on his [parents’] behalf, even if they were able [to do so themselves], [and] this is the opinion of a group of scholars.