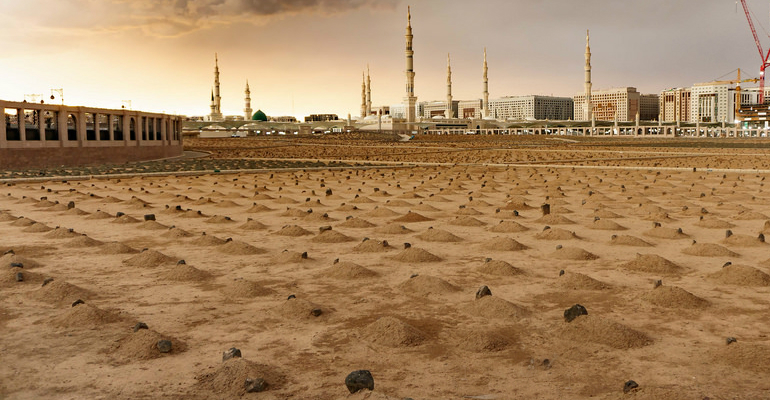 Safwaan ibn Sulaym would visit [the graveyard of] al-Baqee’ over a number of days – and [in doing so] he would pass by me. So on a particular day I was certain to follow him to see what he does [during his visits]. [So] he covered his head with a hood, and sat beside a grave, and cried so much that I prayed [to Allaah to have] mercy upon the dweller of the grave – assuming it to be someone of his family. And on another occasion he passed by me again, and [again] I followed him, and he sat beside [yet] another grave and did the same [as when I previously followed him].

So I mentioned [all] this to Muhammad ibn al-Munkadir, saying to him that I thought it was the grave of someone of his family, and he said:

They are all his family, and his brothers; he is a man whose heart fills with emotion at the remembrance of the dead, whenever he feels hardness [in his heart].